I want to be Beyoncé, but I’m not

In the 1970s conservative Malawian president Dr. Hastings Banda imposed a strict dress code on his country, prohibiting women from wearing short skirts and trousers. A decade later, then Minister for Community Development and Women’s Affairs, Joyce Mujuru, banned beauty contests in Zimbabwe. In 2001, two hundred people were killed in northern Nigeria after an article on the Miss World pageant being held in the country sparked religious riots.

Each case is an example of an attempt to defend the African female identity from being exploited by Western conceptions of beauty. It is a debate that has been discussed since the advent of colonialism and the introduction of an opposing set of ideals. And as our own society becomes more influenced by the outside world through the effects of globalisation and mass media, it is something that Zimbabwean women consider on a daily basis – negotiating our identities through the beauty choices we make.

This short photo essay examines the thoughts and experiences of women in Harare as they attempt to define identity through beauty. A selection of these images were photographed for the Open Society Initiative in Southern Africa’s (OSISA) annual journal BUWA under the title ‘The Beautyful Ones Are Not Yet Born’. 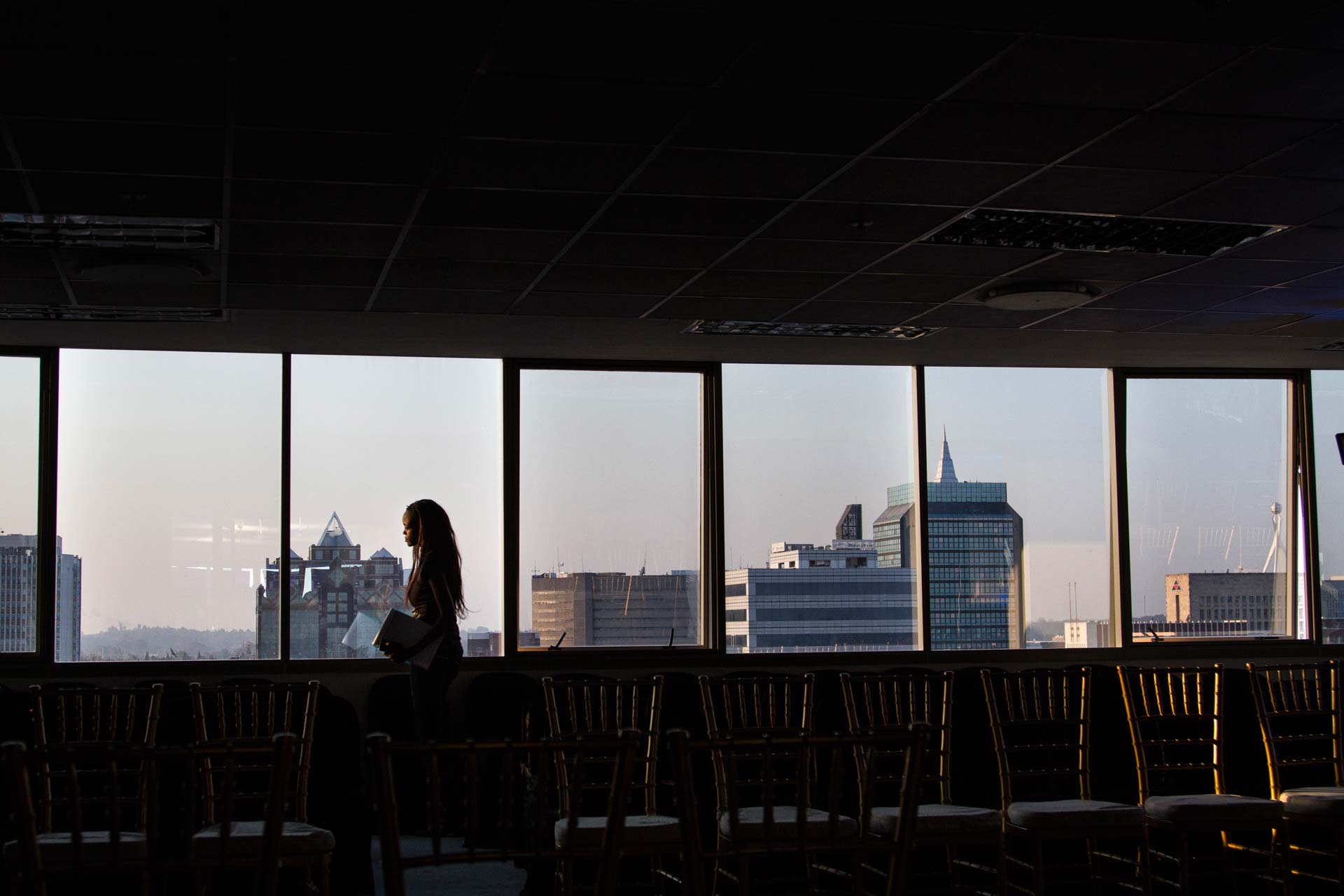 Priscilla Chigariro, founder of Zimbabwe Fashion Week, prepares for the opening of her 2011 show at Joina City in Harare. The ex-model founded the event in 2009 as a platform for Zimbabwean designers and models to gain recognition and opportunities. 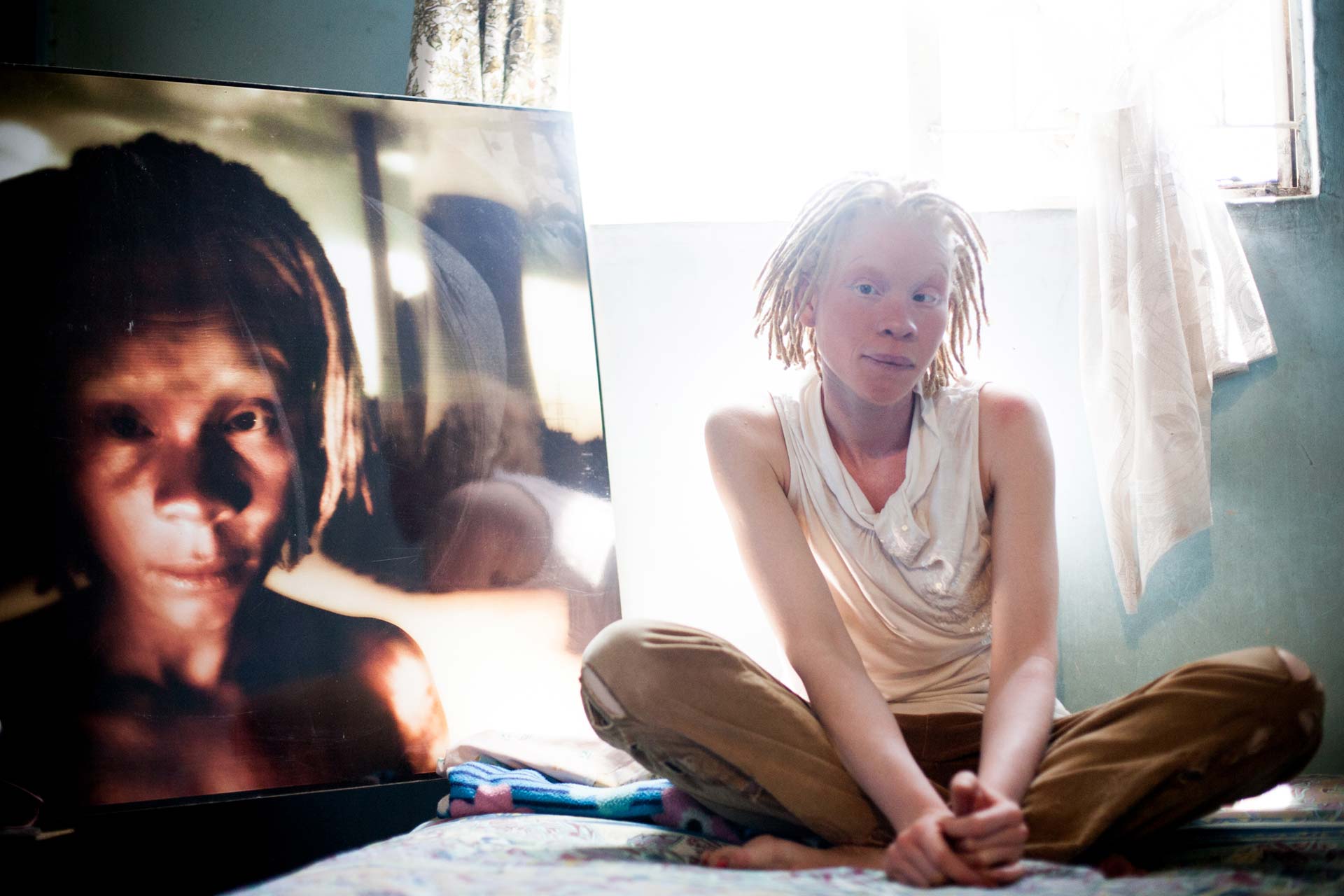 "Nobody picked me," says model Tsitsi Chiyangwa, speaking of the designers at Zimbabwe Fashion Week. She did model and the audience burst into applause as soon as she appeared on the catwalk. Southern Africa has a high rate of albinism, with around 1 in 4500 black Africans being affected by it. Although education is changing things, albinos like Tsitsi continue to suffer from discrimination because of their unnaturally light skin tone which was traditionally seen as a bad omen. 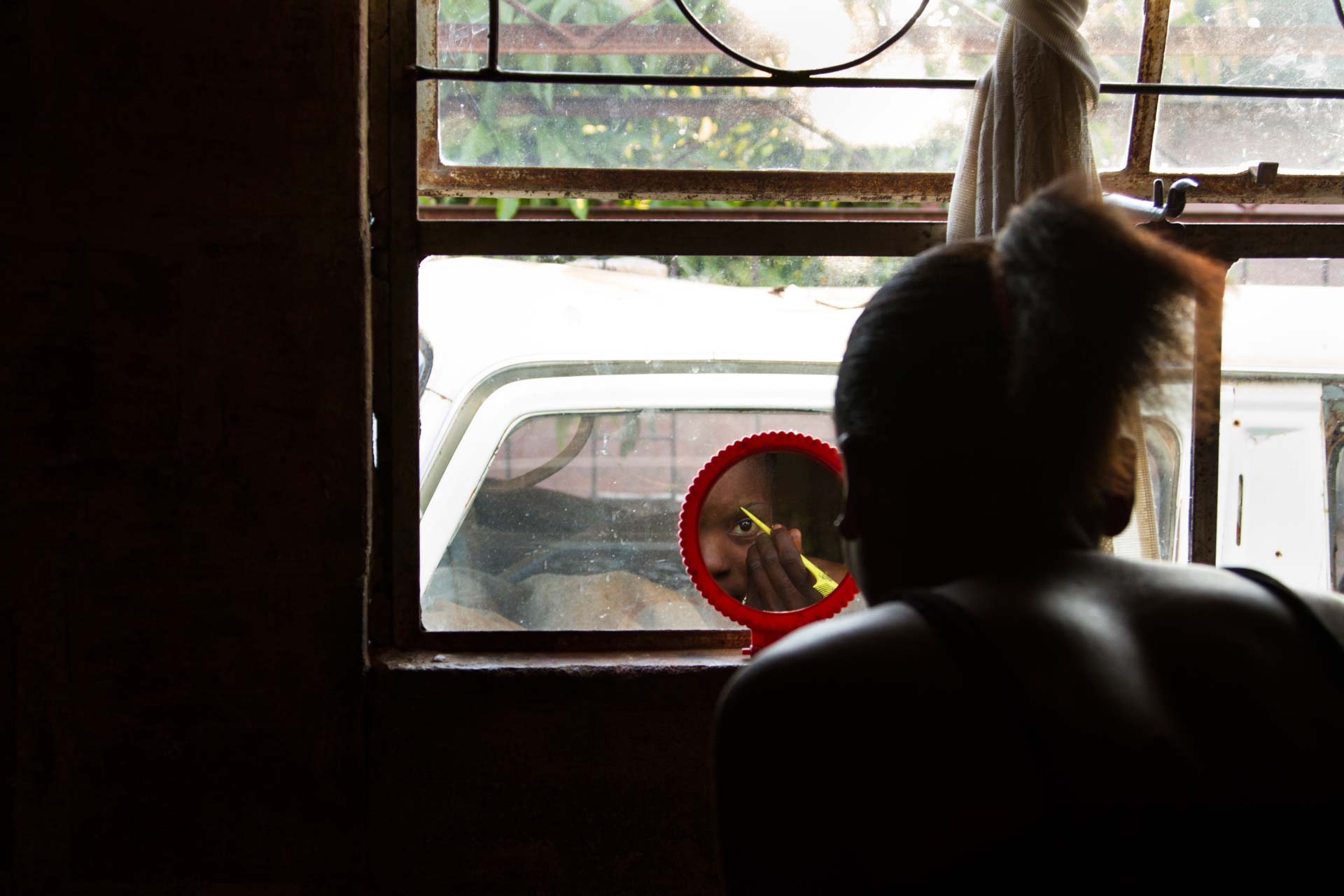 Tatenda Zattah applies makeup at home in Dzivaresekwa, Harare. The young teen enjoys doing makeup and nails for her friends and family. Young girls like Tatenda growing up in urbanised Harare perform a delicate balancing act, adopting some western influences while adhering to their parents more traditional views on how girls, in particular, should look and behave. 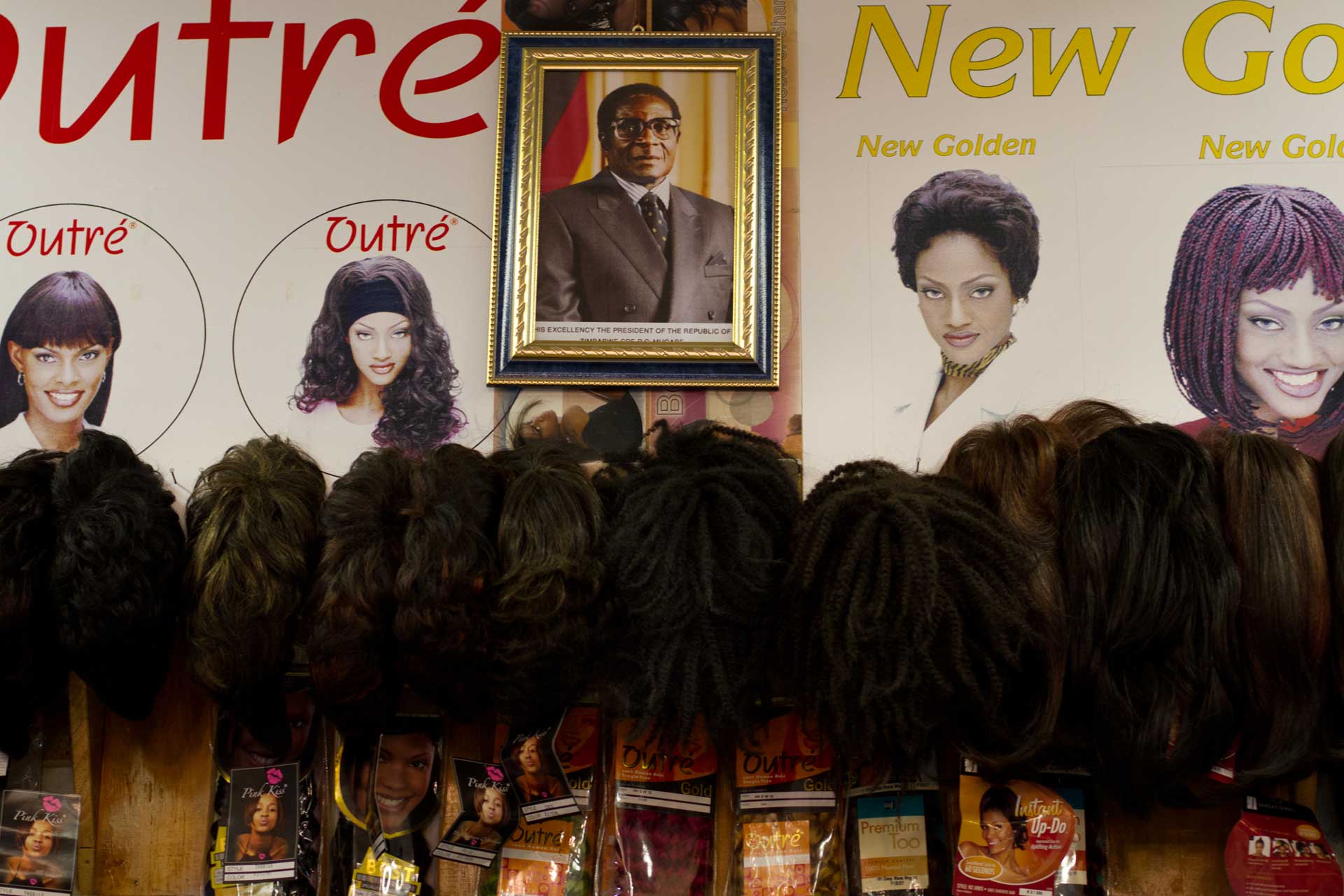 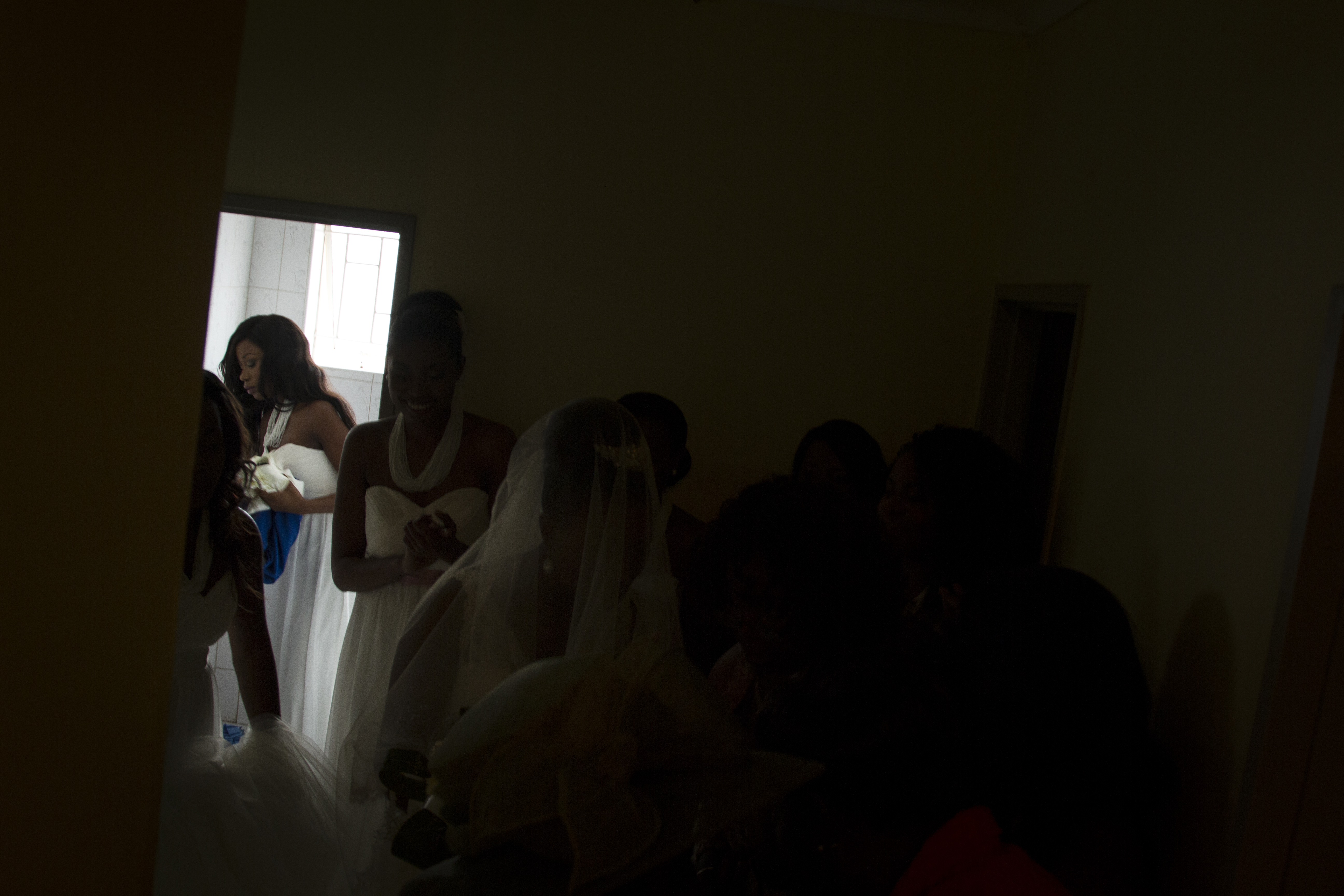 White lace is caught in the light as the bridal party prepares for a wedding in Harare's southern suburbs. Nowhere is the influence of western beauty trends more obvious than in Zimbabwe's rapidly growing bridal industry. This is partly due to young women returning from overseas to get married at home and bringing trends with them, but has also been attributed to conservative churches pushing couples into white weddings as a 'biblical' necessity. 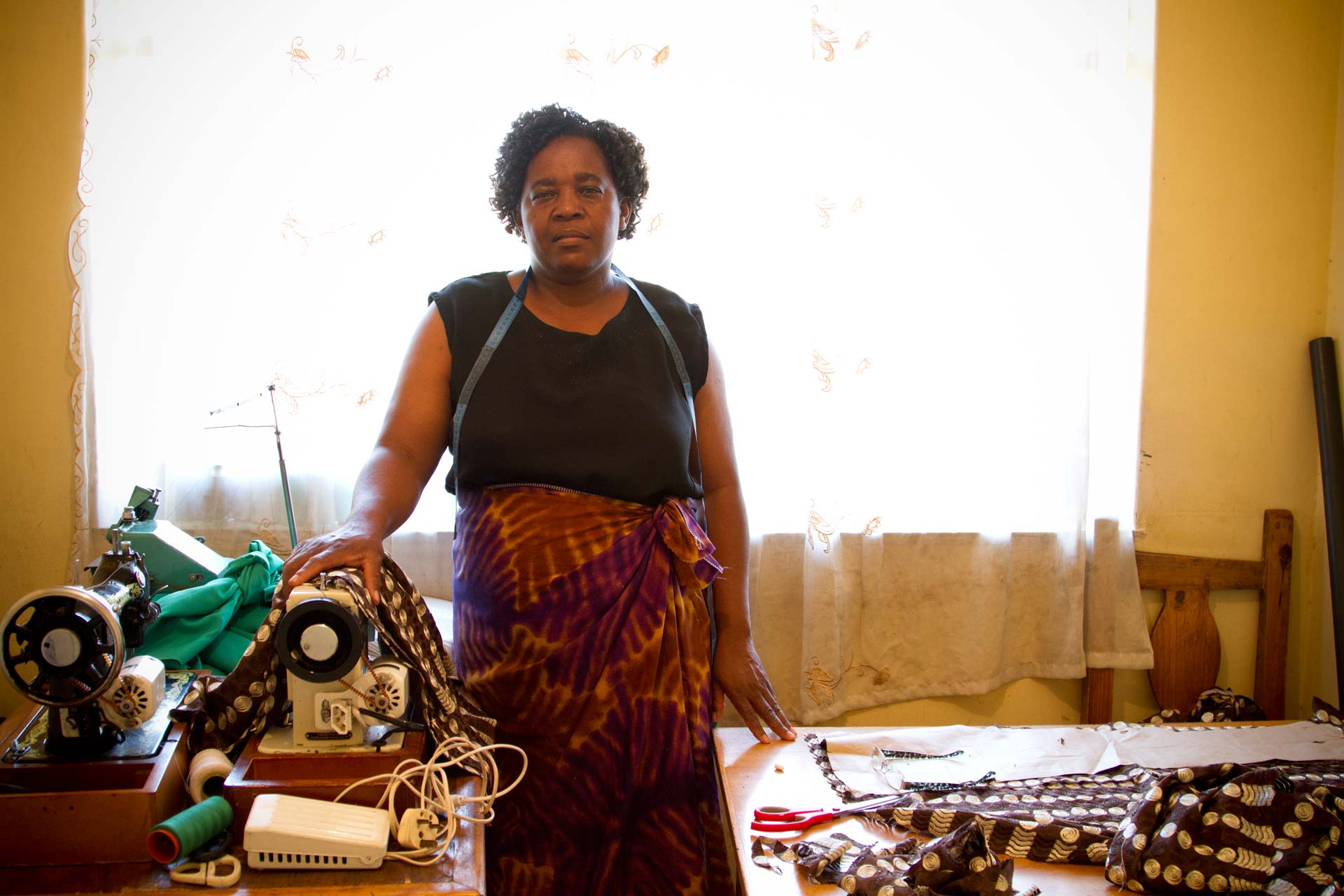 "These facebooks are contribuing [to Western ideals of beauty]...A beautiful African woman must have a natural skin, she doesn't put on something to be fancy fancy." Judith Nzirawa, seamstress 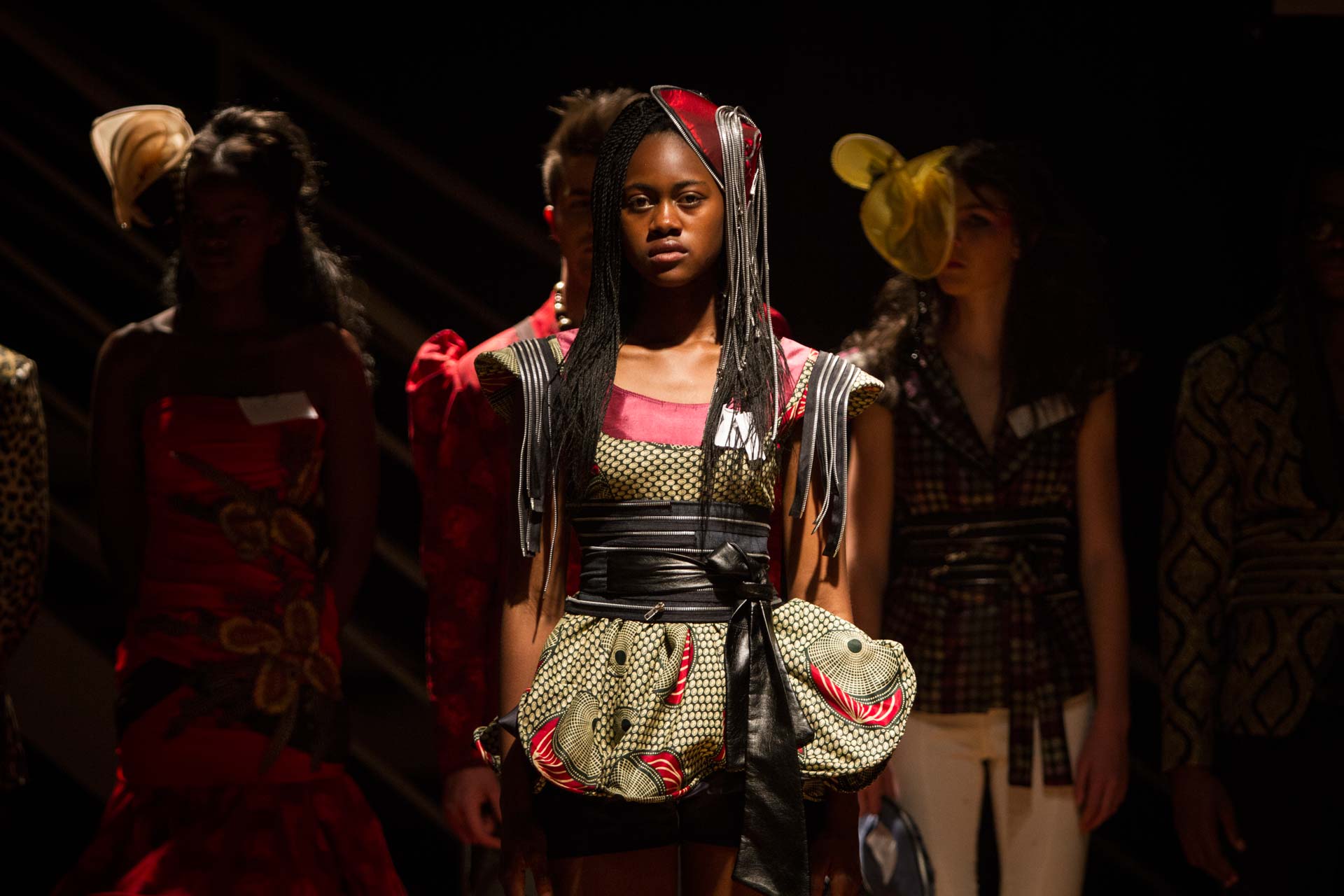 A model at Zimbabwe Fashion Week showcases the designs of Black Trash Clothing. The Botswanan brand describes itself as "represent[ing] a new generation of African designer explorers seeking to define an African Aesthetic not by what collectively is interpreted as ‘African’ but, by individual interpretation, an innovative expression of its journey as an African brand existing in a global village." 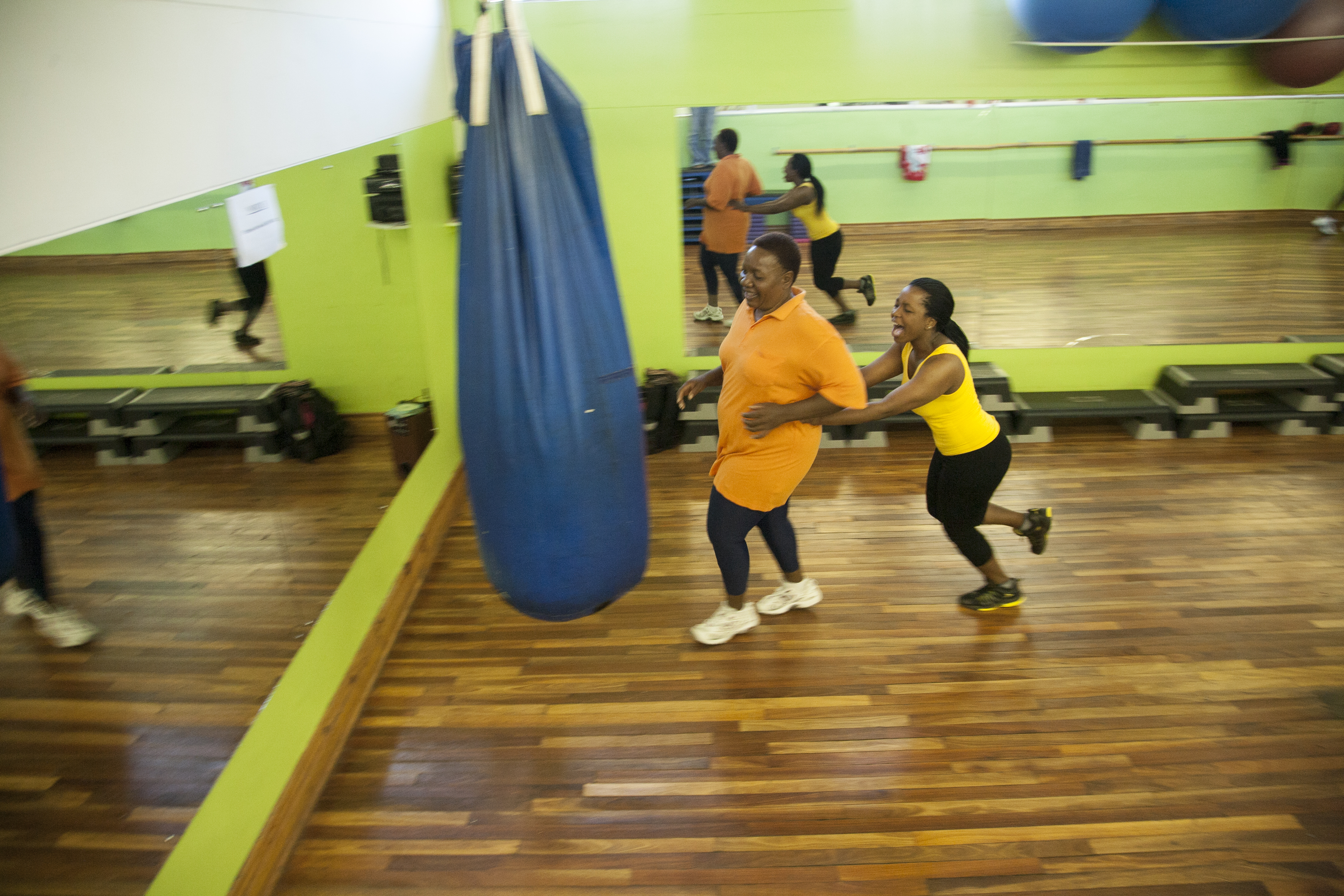 African women are beginning to spend money on gyms and fitness programmes, which were previously considered a very Western pursuit. Miriam Kabongo, 22, a gym instructor at a wealthy Harare gym explained that despite misgivings about exercise attire, a significant number of middle-aged African women were now making use of gyms, “Most African women don’t come to the gym because they don’t want to wear tight gym clothes, they are afraid of the white women in their tiny shorts...we were raised to cover, cover, cover. Miriam laughed as she explained how many women come in with false expectations of what is achievable, and she has to gently let them down with, “I want to be Beyonce, but I’m not sweetie.” 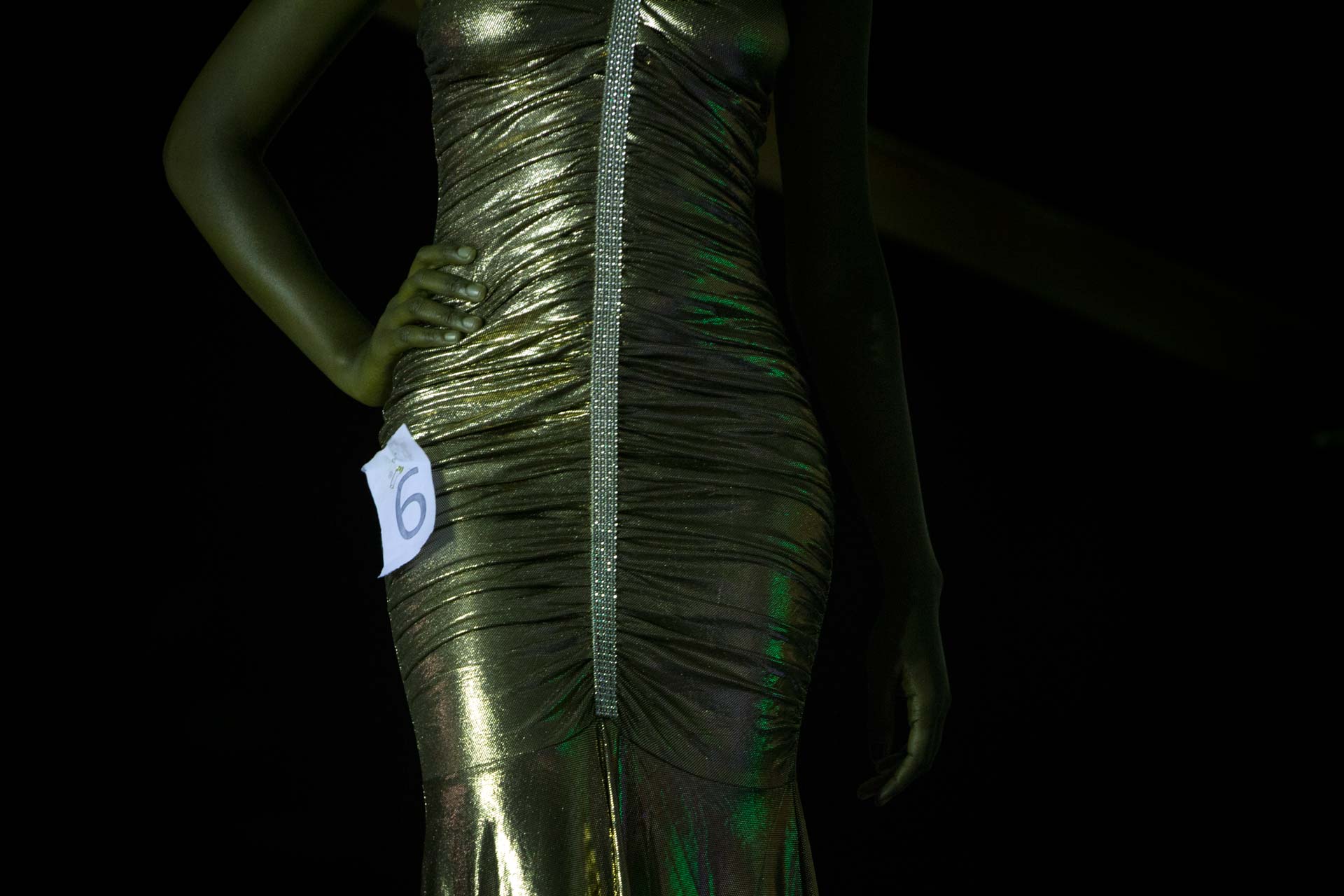 A contestant in Miss Universities Zimbabwe pageant in Harare shows off her evening wear. Beauty pageants and fashion shows, more than anything else in the industry, seem to cause controversy across Africa as whole. Opinion is heavily divided as to whether adopting very Western-styled pageants are a negative or positive development for African women. Regardless of the debate, pageantry is booming in Zimbabwe. 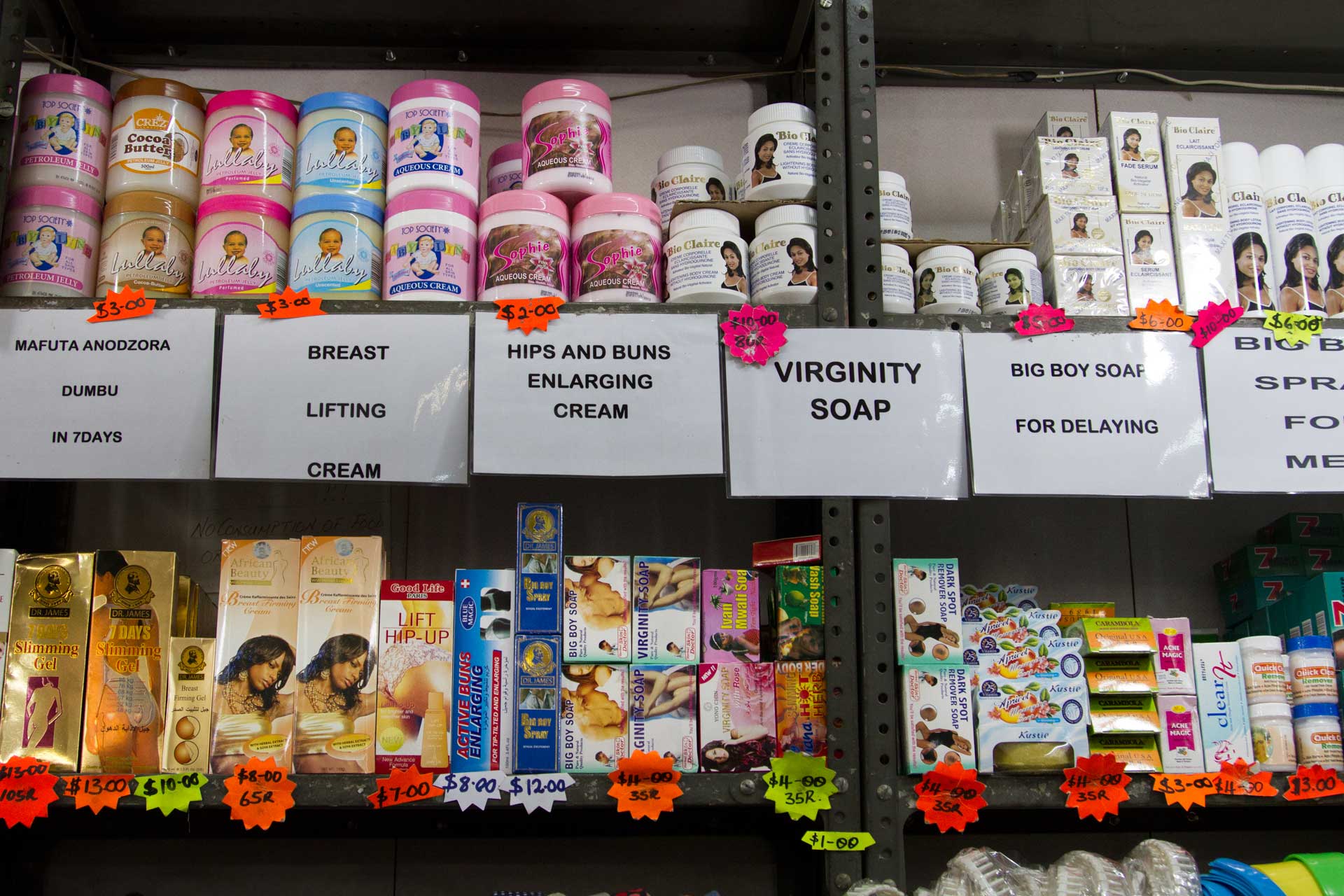 Biblical and traditional morality and attractiveness go hand-in-hand across Africa. Virginity soaps for sale in downtown Harare illustrate how women are caught between Western lifestyles and African expectations when it comes to their sexual attractiveness. The male shopkeeper was impressed by how well the products sold, “You wouldn’t believe it, it just shows how sick women really are!”

Pearl Thompson, 33, an amateur bodybuilder, shows off her competition photos from Miss ProFitness 2011, "I couldn't wait to be on stage to show off my body, I love the reactions....This Zambian woman who watched the competition kept saying, 'No, that's pornography!' But she realized she was the only one reacting in a negative way." Pearl's opinion is that African women should be able to do what they like as long as they are happy and feel confident.